Latham & Watkins has advised the committee of noteholders in relation to the rescue financing and subsequent c. €1 billion debt and equity restructuring of the Spanish-headquartered Naviera Armas group, a leading ferry operator for passenger and freight transportation services in the Canary Islands and across the Mediterranean.

In December 2020, the committee, together with certain other holders of the group’s €582 million senior secured notes, agreed to provide approximately €160 million of bridge financing to facilitate the restructuring.

The multi-jurisdictional team also advised the committee in connection with the sale of the group’s Balearic Islands business in July 2021 to Grimaldi, the Naples-based shipping and ferry operator, for cash consideration of approximately €304 million.

The restructuring involved the amendment and restatement and/or partial equitisation of the group’s various financing arrangements including, in addition to the notes and the bridge facilities, a €31 million secured RCF, approximately €80 million of Spanish, state-backed ICO (Instituto de Crédito Oficial) COVID support loans, and various confirming and factoring lines and hedging contracts, together with a reorganisation of the group structure through a hive down of the group’s main assets and the introduction of a double-LuxCo structure, and the implementation of new governance arrangements.

The complex, cross-border transaction was implemented using a Spanish law homologación judicial (the so called Spanish scheme of arrangement) which was sanctioned by the Commercial Court of Las Palmas de Gran Canaria in October 2021.

The transaction was also approved by the Spanish Ministry of Industry, Commerce and Tourism in accordance with Spanish applicable regulations on foreign direct investment. 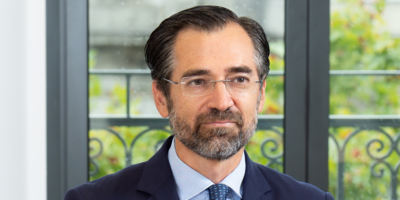