Massachusetts Lawyers Weekly has featured Boston partner Daniel Hoffman in its “Excellence in the Law” program as an Up & Coming Lawyer. The publication characterizes recipients of this award as “the rising stars of the local legal community — Massachusetts attorneys who have been members of the bar for 10 years or less, but who have already distinguished themselves.”

Hoffman advises emerging and late-stage technology and life sciences companies throughout their life cycle, including on venture financings and mergers and acquisitions. In his published profile, the Massachusetts Lawyers Weekly recognized Hoffman’s key role in “some of the region’s most notable M&A deals.” In particular, the profile cited his groundbreaking representation of VillageMD in its partnership with Walgreens emphasizing the transaction’s role in “transform[ing] the health care industry” by making healthcare more accessible through the opening of “500 to 700 primary care clinics co-located at Walgreens stores.” Hoffman described the matter as “being part of something that will hopefully positively impact the health outcomes of so many people.”

Hoffman elaborated on what makes a great lawyer saying, “it’s imperative to sift through the myriad of difficult issues and provide practical, actionable advice.” Hoffman’s profile also noted his work as a volunteer at the Boston chapter of Lawyers Committee for Civil Rights (LCCR), an advocacy organization that aims to secure equal justice for all through the rule of law. At LCCR, Hoffman works with entrepreneurs in underprivileged communities advising on the complexities of starting a business, including in relation to entity formation and contract negotiation. 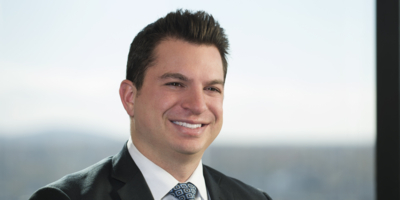