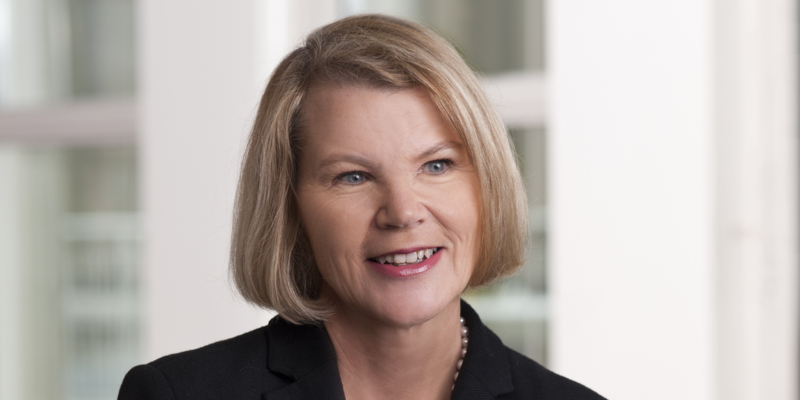 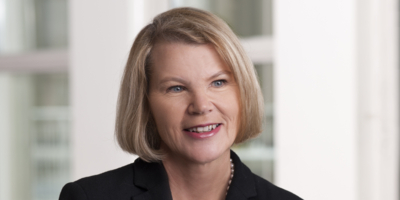 Maureen Mahoney retired from the partnership on December 31, 2015. She was a founding member of the Supreme Court & Appellate Practice. Ms. Mahoney originally joined the firm in 1980, but left in 1991 to accept an appointment as a United States Deputy Solicitor General. During her tenure in the Solicitor General’s Office, President Bush nominated Ms. Mahoney to fill a vacancy on the United States District Court for the Eastern District of Virginia, but the Senate did not act on her nomination prior to the election. Ms. Mahoney returned to the partnership of Latham & Watkins in 1993.

Ms. Mahoney has handled a broad range of constitutional and appellate litigation in the Supreme Court and other courts throughout the country, representing clients as varied as the United States House of Representatives, Union Pacific Railroad Company, and the Government of Saudi Arabia. Ms. Mahoney was recognized in 2010 by The National Law Journal as one of the “Decade’s Most Influential Lawyers,” which described her as “[a]mong the decade’s top appellate litigators.” The same publication also named her one of the 50 Most Influential Women Lawyers in America, noting her “stellar career in high court advocacy.”

Ms. Mahoney has also been ranked by Washingtonian magazine as one of the top five lawyers in Washington, D.C. During the 2006 Term of the Supreme Court, she argued four cases – more than any other advocate in private practice. The American Lawyer described her appellate group as “peerless.” Chambers USA reported that lawyers have described her as "a truly gifted advocate" with "phenomenal success at getting the Supreme Court to accept cases." In 2015, Chambers USA recognized Ms. Mahoney with the Lifetime Achievement and Outstanding Contribution to the Legal Profession award and Lawdragon 500 acknowledged her as a top 25 litigator and inducted her into their “Hall of Fame.”

Ms. Mahoney represented the University of Michigan before the Supreme Court and won the landmark case upholding the constitutionality of admissions programs that consider race as one of many factors in order to attain the educational benefits of a diverse student body. The Legal Times reported that this ruling was a “personal win” for Ms. Mahoney and called her “a skilled appellate advocate, unruffled and poised.” The Daily Journal awarded Ms. Mahoney the “Best Oral Argument” in the individual category accolade for that Supreme Court term and went on to say that she “withstood withering questioning from Justice Antonin Scalia while stressing the points relied upon by O’Connor in her opinion for the 5-4 court.” In 2005, she successfully argued on behalf of Arthur Andersen in a Supreme Court challenge to the firm’s criminal conviction. The Legal Times described the argument in Andersen as “one of the term’s best.”

Ms. Mahoney argued her first case before the Supreme Court in 1988, when the Court specially selected her to argue a case. She won the case in a 5-4 decision, and the American Lawyer reported that “her presentation was so well-schooled, poised, and disciplined that, according to one justice, the justices passed notes among themselves during the argument praising Mahoney and asking questions about her background.” In 1993, Ms. Mahoney successfully defended a highly publicized challenge to US immigration policies. The American Lawyer reported that Ms. Mahoney used “forensic magic” in the argument, and David Broder’s Washington Post column called her argument “superb.” She also represented the House of Representatives in its successful Supreme Court challenge to the Commerce Department’s plans for the use of sampling in the 2000 census.

Ms. Mahoney is a member of the American Academy of Appellate Lawyers and the American College of Trial Lawyers. She has been recognized as a leading appellate lawyer by the Legal Times and Chambers USA. Ms. Mahoney was cited as one of the leading Appellate Litigation lawyers in the Washington, D.C. market by Chambers & Partners in its 2008 Global Directory and described as “a truly gifted advocate who would make anyone’s shortlist.” The National Law Journal identified her as one of the 100 most influential lawyers in America and named her runner-up for “Lawyer of the Year” in 2007, second only to Pakistan Chief Justice Iftikhar Muhammad Chaudhry. Ms. Mahoney received the prestigious Rex Lee Advocacy Award from the J. Rueben Clark Law Society. She also served as a member of the Advisory Board of The William H. Rehnquist Center on the Constitutional Structures of Government, as a member of the Advisory Committee on Appellate Rules to the United States Judicial Conference, and on the Executive Committee of the Supreme Court Historical Society. She was elected a fellow of the American Academy of Arts and Sciences in 2012.

Latham is honored for the eighth consecutive year for “appellate advocacy at its strongest — winning the big cases and changing the law.”

Latham is recognized for the seventh year for "outstanding achievements before the U.S. Supreme Court, federal circuit courts and state courts of last resort.”