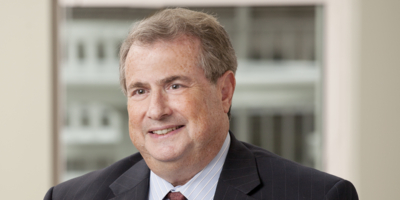 Kenneth Simon retired from partnership on April 30, 2017. He was a member of the Energy Regulatory & Markets and Project Finance Practices. Mr. Simon has broad-based energy regulatory and transactional experience, with a concentrated practice representing generation, transmission and pipeline companies, renewable energy and oil and gas companies, equity investors, underwriters and lenders on energy regulatory and markets issues before federal and state regulatory agencies and in related transactions, including the financing, acquisition and sale of energy assets and companies. Mr. Simon has represented a variety of clients on policy issues in administrative proceedings, during the legislative process, and in the Court of Appeals in cases with broad application to the energy industry.

Mr. Simon has practiced at the partner level in the energy regulatory and markets field for more than 30 years, developing a reputation as one of the leading lawyers in this field in the United States. He has been recognized as a top energy and project finance lawyer by numerous publications, including Super Lawyers, Euromoney, The Legal 500 US, Chambers USA and Legal Times, which previously named Mr. Simon as the Leading Lawyer in Energy. Mr. Simon has been selected for inclusion in The Best Lawyers in America each year since 2007 as a recommended attorney in Energy Law. In 2014, BTI Consulting named him as a “Client Service All-Star,” recognition is given to attorneys who “leverage market changes to stand out with corporate counsel and deliver superior client service.”

Mr. Simon has represented developers of electricity generating plants and new pipelines in the United States as well as developers of international energy projects. He has also served as the lead attorney in over US$10 billion in transactions that involved the purchase or sale of electric generating capacity, gas pipelines and LNG terminal facilities. Mr. Simon has also helped legislators and governments to draft energy legislation and regulations, both in the United States and internationally.

Mr. Simon currently serves as an Articles Editor for the Energy Law Journal. He previously served as Chairman of the Energy Committee of the Environment, Energy, and Natural Resources Section of the District of Columbia Bar Association.