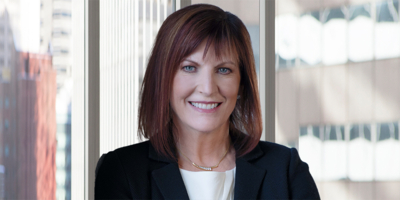 “Katherine Lauer is super-responsive and gives us incredibly helpful insight and guidance.”

“Kathy is beyond exceptional. She is one of the best healthcare fraud and abuse attorneys in the country.” “She is extremely smart, very experienced, has great insights into government enforcement trends, is well connected and has great judgment.” “She has exceptional experience resolving some of the most complex healthcare cases for our industry.”

Ms. Lauer, past Global Co-Chair of the firm’s Healthcare & Life Sciences Practice for more than a decade, advises corporate and hospital C-suite executives, boards of directors, and in-house counsel on ways to structure their most significant transactions and strategic initiatives relating to:

She leverages trusted relationships with top US regulators, including the DOJ, US Department of Health & Human Services, and the Centers for Medicare & Medicaid Services. Ms. Lauer represents clients in matters involving the federal Anti-kickback Statute, Stark Laws, and False Claims Act, as well as issues relating to billing, coding, and reimbursement. As a co-owner of Bryn Mawr Vineyards in Oregon’s Willamette Valley, Ms. Lauer brings her substantial operations and business development experience to each client engagement.

A recognized voice at national conferences and within leading legal, business, and industry publications, she regularly writes and speaks on emerging trends within the healthcare and life sciences space. Ms. Lauer has served on the planning committees for the American Health Lawyers Association (AHLA) for its Fraud and Compliance Forum and the ABA Annual National Institute on Healthcare Fraud. In addition, the DOJ tapped her to train government lawyers on how to successfully resolve healthcare fraud investigations.