On August 19, 2022, the Delaware Court of Chancery granted judgment in favor of Latham clients Cantor Fitzgerald, L.P., CF Group Management Inc. (together with Cantor Fitzgerald, L.P., Cantor), and Howard Lutnick on all counts in a stockholder derivative suit. The complaint challenged the 2017 sale of Berkeley Point Financial LLC (Berkeley Point) from a Cantor subsidiary to BGC Partners, Inc. (BGC) for US$875 million and a US$100 million investment by BGC in a joint venture with Cantor related to commercial mortgage-backed securities (CMBS). The Court of Chancery issued its 112-page opinion in favor of Defendants following a five day trial that took place in October 2021, during which the court heard testimony from 13 live witnesses, post-trial briefing and closing arguments in May 2022.

The suit was brought in 2019 by certain investors in BGC against Cantor, Mr. Lutnick and other members of the BGC board alleging that the defendants breached their fiduciary duties to BGC by causing BGC to overpay for Berkeley Point and invest in a CMBS joint venture. Cantor and Mr. Lutnick, with the aid of Latham & Watkins LLP, were determined to debunk what they knew to be utterly baseless claims by the plaintiffs.

There was no dispute among the parties that Cantor and Mr. Lutnick were controlling stockholders of BGC and that Mr. Lutnick held a higher ownership percentage in Cantor than in BGC. Because of these disparate ownership interests, plaintiffs alleged that Mr. Lutnick and Cantor sought to use their control of BGC to orchestrate a transaction whereby BGC would overpay for Berkeley Point by over US$300 million and invest US$100 million in a CMBS business that, according to the plaintiffs, had no chance of earning a return for BGC. Plaintiffs claimed that Mr. Lutnick and Cantor Fitzgerald received upwards of US$400 million in excessive payments because Mr. Lutnick allegedly dominated and controlled a majority of the four-member Special Committee of BGC directors that negotiated and approved the transaction on behalf of BGC.

At trial, Latham showed through witness testimony and clear documentary evidence that the acquisition of Berkeley Point provided massive strategic value to BGC’s then-subsidiary, Newmark Knight Frank. Berkeley Point is among a limited group of coveted agency lenders that are licensed and pre-approved to originate commercial loans on behalf of each of the major federally backed home mortgage entities, including Fannie Mae and Freddie Mac. Every fact witness testified forcefully that combining Berkeley Point’s loan origination business with Newmark’s broader real estate advisory and brokerage platform would be “transformative” for Newmark’s business by allowing it to be a true “one-stop shopping” platform for commercial real estate services. Moreover, Berkeley Point had experienced sky-rocketing growth in both loan originations and overall net income in the years leading up to 2017 transaction and was poised for continued growth thereafter. Yet through tough negotiations by BGC’s Special Committee, BGC was able to acquire Berkeley Point for a price that was, in fact, below what the relevant industry multiples implied it was worth.

After meticulously examining the evidence, the court held the transaction was entirely fair to BGC’s shareholders and that none of Cantor, Mr. Lutnick, or the members of the Special Committee breached their fiduciary duties. The court found that the Special Committee was “independent . . . engaged and diligent” and “bargained with Cantor and obtained meaningful concessions.” The opinion further noted that Lutnick had appropriately “extricated himself from the special committee’s deliberations after it was fully empowered.” The court also recognized that “Berkeley Point was, by all accounts, a unique asset particularly appealing to BGC” and that the “price the Special Committee agreed to pay for Berkeley Point was in line with what its financial advisor determine to be appropriate and fall within what I consider to be the range of fairness.” Accordingly, the court entered judgment in favor of defendants on all counts. 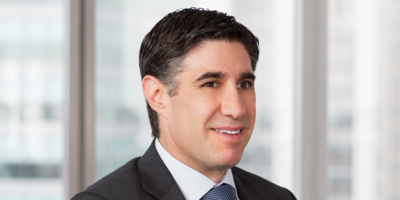