Judge Jonathan Lippman, Of Counsel in our New York office, recently received the Esther F. Lardent Hall of Fame Award for Excellence in Pro Bono from the Pro Bono Institute (PBI). This award was established in 2016, in memory of PBI’s founding president, and recognizes individuals and organizations that have shown an extraordinary commitment to pro bono and have made a profound impact on advancing the goal of access to justice for all. The inaugural Hall of Fame Award was presented in 2018 to Justice Ruth Bader Ginsburg.

PBI recognized the judge’s longstanding commitment to public service, which began during his time on the bench as Chief Judge of the State of New York and Chief Judge of the Court of Appeals, and has continued during his work in Latham’s Litigation & Trial Department. For example, Judge Lippman made New York the first state in the country to require 50 hours of law-related pro bono work prior to bar admission and established the Pro Bono Scholars and Poverty Justice Solutions Programs to help alleviate the crisis in civil legal services. Currently he chairs the Independent Commission on New York City Criminal Justice and Incarceration Reform, a 27-person blue ribbon commission, formed to examine the future of the Riker’s Island jail facilities in the context of systemic criminal justice reform (learn more about the judge’s efforts on behalf of criminal justice reform).

In honoring the judge, Eve Runyon, PBI President and CEO, said: “Judge Lippman has provided exemplary leadership in promoting access to justice, and has served the legal profession as a true thought leader and inspiration to the entire pro bono community.”

To learn more about the judge and his exemplary public service, please watch this short video: 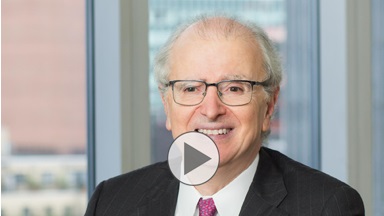 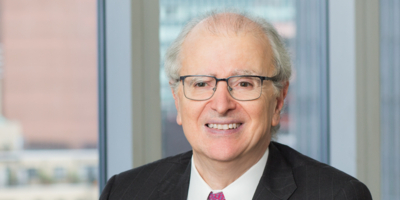