On October 24, 2019, Latham’s White Collar Defense & Investigations Practice won Global Investigations Review’s (GIR) premier award at the publication’s annual GIR Awards, being honored as the Most Impressive Investigations Practice of the Year. Up against “strong competition,” according to GIR, the firm was lauded for its “standout year during which it helped guide companies such as Cognizant, Microsoft and OSI Systems to favourable resolutions of foreign bribery cases.”

In addition, Latham also received an award in the Most Important Development of the Year category, which celebrates “a recent event, whether it is a law change, technological innovation or something altogether different, that has had a seismic impact on how investigations are carried out.” Specifically, GIR recognized Latham’s work, along with DLA Piper, in securing a declination for Cognizant from the US Department of Justice concerning Foreign Corrupt Practices Act violation allegations. The Latham team argued that the DOJ should decline to take any action against the company because, among other things, the misconduct was self-reported to DOJ almost immediately upon detection and the company had proactively cooperated with DOJ. Latham also successfully persuaded DOJ that declination of the company in these circumstances would send a powerful signal to the business community that DOJ was serious about rewarding cooperation. Latham’s groundbreaking work for Cognizant was led by Global Chair of the White Collar Defense & Investigations Practice Kathryn Ruemmler, Washington, D.C. Litigation & Trial Department Co-Chair Douglas Greenburg, partner Erin Brown Jones, and associates Natalie Hardwick Rao and Jessica Lynn Saba.

Beyond Latham’s awards, the firm was pleased to share the stage with a client, Natalia Shehadeh, chief compliance officer at oil and gas company TechnipFMC. Ms. Shehadeh was selected as Outstanding In-house Counsel of the Year.

The honors reflect excellent results achieved by the firm’s White Collar Defense & Investigations Practice, a strategic powerhouse comprised of more than 40 partners throughout the US and around the world. The team features career defense advocates, and former high-ranking government lawyers from Republican and Democratic administrations, who are experienced in every substantive area and whose courtroom and investigation skills are current and tested. 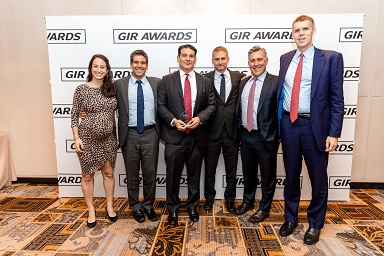