For the third time, Latham & Watkins has won the Los Angeles Regional Food Bank’s “Food from the Bar” competition, an annual campaign that encourages members of the Los Angeles legal community to fight hunger through fundraising and volunteering. This year, lawyers and professional staff from the firm’s Los Angeles offices broke their past fundraising record by surpassing US$100,000, which paced the friendly competition among law firms and other participating organizations.

In total, the 2015 “Food from the Bar” campaign raised $521,274, which will provide more than two million meals to those in need. During the campaign, 72 legal firms and organizations collected more than 11,000 pounds of food and completed 819 hours of volunteer shifts to help the Food Bank with its efforts to feed those in Los Angeles who are food insecure. “This annual event, which continues to grow each year, is a critical part of our goal to reach children during the summer months when they do not have access to school meal programs,” said Michael Flood, President & CEO of the Los Angeles Regional Food Bank.

Latham & Watkins has been associated with “Food from the Bar” since its inception in 2009, at which time retired Los Angeles partner Mark Stegemoeller served as a member of the Board of Directors of the Los Angeles Regional Food Bank and helped spearhead the campaign as it grew. Latham participants in the 2015 competition stepped up their fundraising efforts in honor of Stegemoeller, still an active fundraiser himself who retired from legal practice in April 2015.

“Mark inspired many of us to get involved in food banking as an impactful way to serve the community, so we’re extremely proud to carry forward his vision of combatting hunger through support of the Los Angeles Regional Food Bank,” said Los Angeles Managing Partner Jim Beaubien, who currently serves as a member of the Food Bank’s Board of Directors. “This organization has become near and dear to our hearts over the past six years. We congratulate the Food Bank for its successful leadership and thank all those in the local legal community who’ve participated in the ‘Food from the Bar’ campaign – especially the Latham team, which has shown continued passion and commitment to bettering the community.” 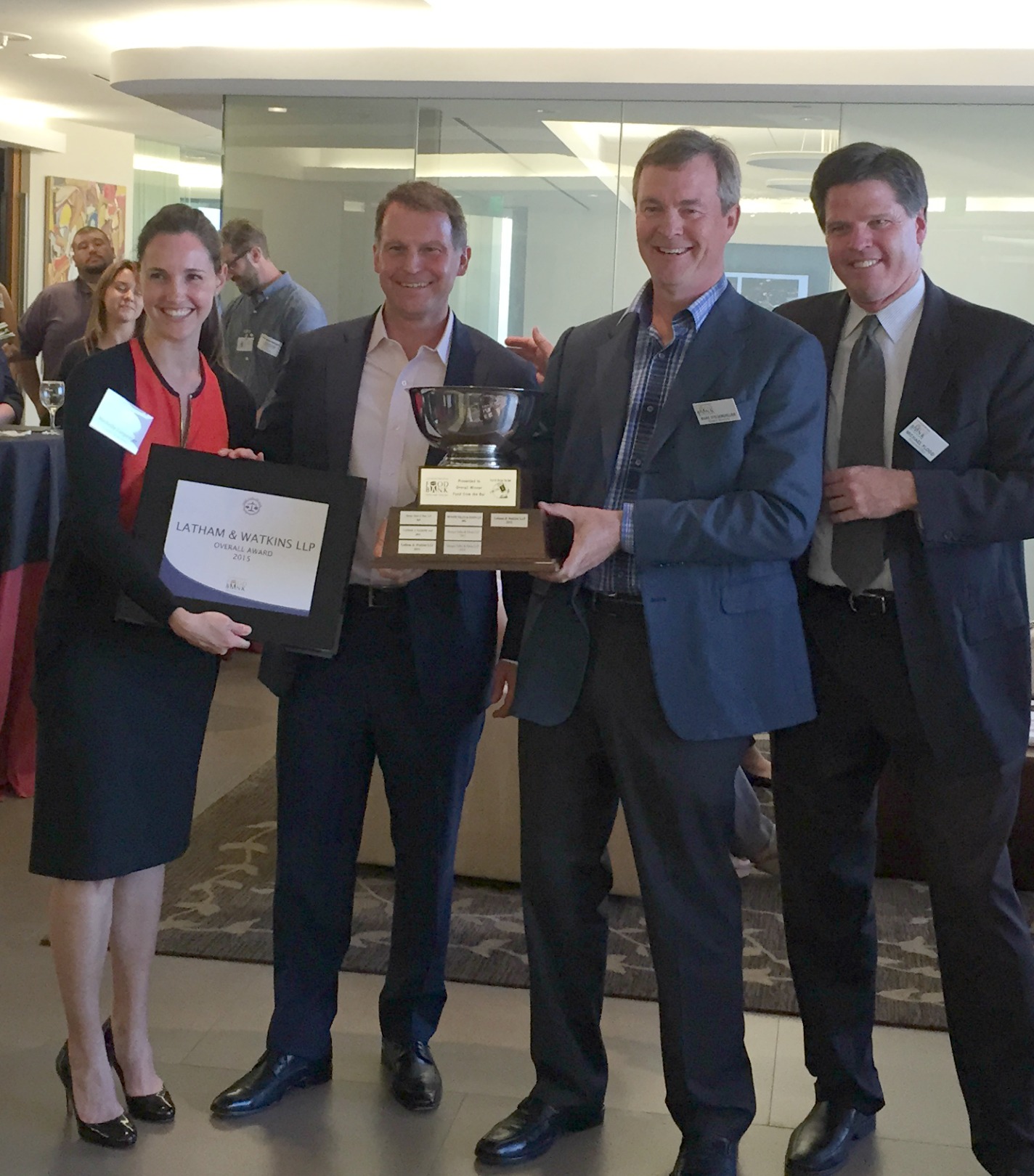