Ed Shapiro, a partner in Latham & Watkins’ Washington, D.C. office, discusses the role of the Committee on Foreign Investment in the United States (CFIUS) and how foreign investors are responding to an increasingly rigorous review process.

Shapiro was a senior lawyer at the Pentagon when the law that brought CFIUS into its modern era was passed. In the 20+ years since that time, he has been advising companies on how to structure their transactions, clear CFIUS, structure any necessary mitigation and perform effectively under mitigation agreements.

How has the scope of CFIUS evolved over time?

Shapiro: CFIUS reviews not only the aerospace and defense and telecom transactions once thought to constitute the bulk of its cases — but also transactions involving networks that might constitute critical infrastructure. These networks could be power, transportation, communications or computer networks. The technology that allows these networks to function at a high level is an area in which the United States is a leader — and is an area in which foreign companies have an interest in benefitting from exposure to those leading-edge technologies. That has driven a wave of acquisition interest, particularly given international economic circumstances, and has also stimulated increased interest in reviews at CFIUS.

Have you seen a trend towards more rigorous CFIUS reviews?

Shapiro: We’ve certainly seen more rigorous review across a broader range of cases — such that cases which might have earlier been resolved within the 30-day review period now go to investigation, or cases in which only cursory questions were asked might be subjected to significantly more probing review.

We also see more transactions subjected to conditions that affect the foreign investors’ ultimate exercise of control — sometimes in ways that are less significant and sometimes in ways that are more constraining. CFIUS-imposed conditions may include restrictions on putting foreign citizens on the boards of US companies or in senior management positions, and restrictions on foreign parent personnel involvement in activities of the U.S. business.

How are foreign investors responding to the more rigorous review process?

Shapiro: One thing we are seeing increased interest in is the structuring of acquisitions to avoid foreign acquisition of control that would trigger CFIUS jurisdiction. Such deal structures might include particular kinds of minority and passive investments, transactions that are contractual rather than entailing acquisition; and entry into the US market through a greenfield investment rather than acquisition.

Of course, we also see foreign buyers considering spin off of sensitive parts of the acquired business in order to get the deal cleared by CFIUS, if the assets to be spun are non-core to the business. This technique can be very effective to serve the interests of both private parties and our government.

Would you characterize the CFIUS review process as a political one?

Shapiro: The CFIUS review is conducted primarily by dedicated career civil servants who evaluate transactions on the merits. Unavoidably, however, this non-political process takes place in a political environment. Accordingly, it can be important in appropriate cases to engage in public and government relations efforts in order to ensure that politics don’t create undue impediments to the proper functioning of CFIUS and its constituent agencies. 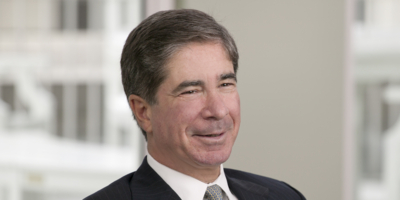